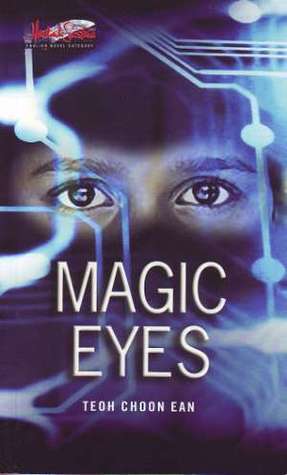 Nick, a thirteen-year old orphan is forced to live with his Uncle Lim, and uncle he never knew he had. Apprehensive of his new life, he reckoned he only had to deal with Aunt Serena's animosity and cousin Tek Huat's indifference. Much to his despair, there was more to his new life. His nights are now full of restless dreams and visions of a black cat with piercing yellow eyes.

As images flash of disasters to come, Nick is confronted with his inexplicable ability to predict and prevent disasters before they happen. Visions from his 'Magic Eyes' become his bane as those around him begin to view him with suspicion. As he struggles to make sense of his newfound ability, his visions take on an urgency that forces him to solve every clue and mystery in a race against time before disaster befalls those dear to him.